IBM has launched a new mainframe system capable of running more than 12 billion encrypted transactions per day, in a bid to wade further into the financial cyber security market.

“The vast majority of stolen or leaked data today is in the open and easy to use because encryption has been very difficult and expensive to do at scale,” Ross Mauri, general manager at IBM Z, said in a statement on Monday. “We created a data protection engine for the cloud era to have a significant and immediate impact on global data security.”

IBM claimed that its new mainframe can encrypt data at a rate 18 times faster than other platforms. IBM Z is the latest in a series of ‘z’ mainframe systems developed by the corporation.

The mainframe will be used initially as an encryption engine for IBM’s cloud computing technology and blockchain (distributed ledger technology) services.

According to a report published in April by the research firm Juniper Research, criminal data breaches could cost firms a total of $8 trillion by 2022. And a report by IBM Security X-Force Threat Intelligence said that more than four billion records were leaked in 2016, a 556% increase from the previous year.

IBM said that the mainframe system is set to be the global tech giant’s most significant system overhaul in more than 15 years.

“The pervasive encryption that is built into, and is designed to extend beyond, the new IBM Z really makes this the first system with an all-encompassing solution to the security threats and breaches we’ve been witnessing in the past 24 months,” Peter Rutten, analyst at IDC, said in a statement on Monday.

IBM said that its new mainframe utilizes transaction encryption technology to automate compliance processes, by allowing companies to demonstrate that the data they keep is encrypted.

It hopes the new mainframe will enable companies to comply with new data protection laws, such as the European Union’s General Data Protection Regulation (GDPR) and the U.S.’s Federal Financial Institutions Examination Council (FFIEC) guidance on the use of encryption in the financial services industry.

The GDPR holds that businesses should encrypt personal data to prevent a compromise of confidentiality, while the FFIEC’s guidance states that management should “implement the type and level of encryption commensurate with the sensitivity of the information”.

IBM’s transaction engine supports 87% of all credit card transactions, the company said, totaling nearly $8 trillion worth of payments each year. 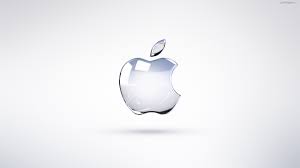