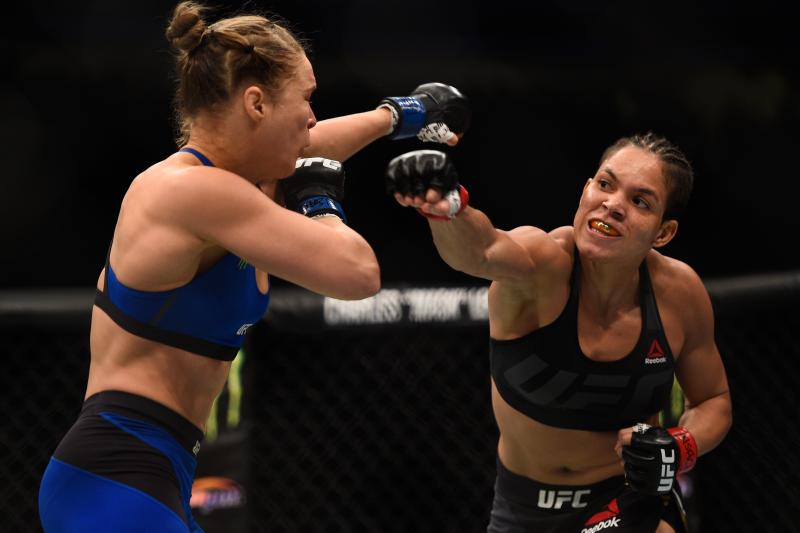 Amanda Nunes (right) knocked out Ronda Rousey in 48 seconds, but she has much longer to go to build a lasting legacy.Jeff Bottari/Zuffa LLC/Getty Images

Dating back to 2006, the UFC has circled the weekends surrounding Independence Day as among the most important of its annual calendar. Since then, the group of names that has headlined its pay-per-views during that time of year include a Who’s Who of UFC greats and legends: Brock Lesnar, Anderson Silva, Conor McGregor, Tito Ortiz and Quinton Jackson, just to name a few.

Among that group, Amanda Nunes’ name looks somewhat out of place. Yet for the second year in a row, she will headline the key weekend.

Nunes, the woman who battered Miesha Tate at last year’s Fourth of July weekend event and who retired Ronda Rousey with a one-sided whipping last December, gets the call to top-line the card once again.

In an era where champion’s reigns are remarkably short-lived, the current UFC bantamweight queen hopes to solidify a hold on a division that less than two years ago was synonymous with Rousey. In the process, she aims to polish her own legacy.

On paper, Nunes—who is facing Valentina Shevchenko at Saturday’s UFC 213—looks like an obvious winner. Not only is she riding the momentum of defeating two of the best-known female fighters ever in Tate and Rousey in back-to-back bouts, but she’s also bigger than Shevchenko and holds a victory over the challenger in a March 2016 bout. 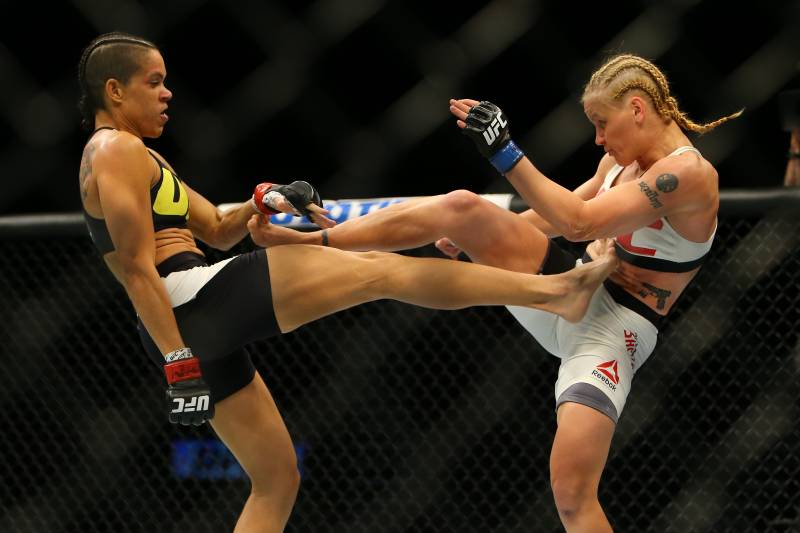 Many observers think Shevchenko (right) will get the better of Nunes if the fight makes it to the championship rounds.Rey Del Rio/Getty Images

That’s a lot trending in Nunes’ direction, yet astute observers can’t help but flash back to the final five minutes of Nunes-Shevchenko I.

After 10 minutes of dominating the fight—a pair of judges even scored the second round 10-8 for Nunes—the Brazilian badly faded in the final round. She was rocked with a hard elbow, her strikes lost all steam, and her output cratered. By the end of the round, Shevchenko had outlanded her by a total of 41-3, according to FightMetric stats.

While Nunes (14-4) held on for a unanimous-decision victory on the strength of the first two rounds, her disastrous final stretch has cast a specter over her chances in the rematch, which is scheduled for five rounds. On some sports books, according to Oddsshark, Shevchenko (14-2) is even a slight favorite, with many onlookers believing a 25-minute championship fight will prove the difference. To that, Nunes scowls.

“I got tired in the round round and she showed up, but I beat her clean,” she said during Wednesday’s edition of UFC Tonight. “I was tired but she didn’t finish me. Imagine me when I’m ready for five rounds.”

It’s a fair position, if only there was some evidence in her late-round beliefs. Nunes has only been out of the first round in four of her last 11 bouts. One was the disastrous third with Shevchenko. In the others, she lost via TKO to Alexis Davis in the second round, via decision to Sarah D’Alelio, and via submission to Cat Zingano in the third.

And in both the Davis and Zingano fights, she suffered the same kind of unraveling as against Shevchenko, winning the first round big and then getting mauled thereafter. To boot, in Round 2 against Davis, she was outlanded by a ludicrous 76 strikes, while in the last two rounds of her fight with Zingano, she was outlanded 79-4.

That’s an indefensible trend with indefensible numbers for a UFC champion, and if Nunes hasn’t fixed her stamina issues, Shevchenko will probably add to the narrative that the Brazilian is a one-round wonder.

Alternatively, Nunes offers Shevchenko plenty to worry about. She is unquestionably the most powerful striker in the bantamweight division, with four UFC knockouts—the most in divisional history.

Nunes’ success has largely come on the strength of her power, often arriving in sharp barrages. As a complementary skill, she also boasts a Brazilian jiu-jitsu black belt. Along with her impressive athleticism, that combination offers many chances at victory for her.

Legacies are made of successes, yes, but they are also the byproduct of careful moment-by-moment, in-fight decision-making. For Nunes, she has to determine whether to follow her usual aggression or pull back and pace herself for the long haul. If she goes for an early finish and doesn’t get it, she may not have enough gas to go the distance. If she is overly cautious, she might put herself in the hole on judges’ scorecards. 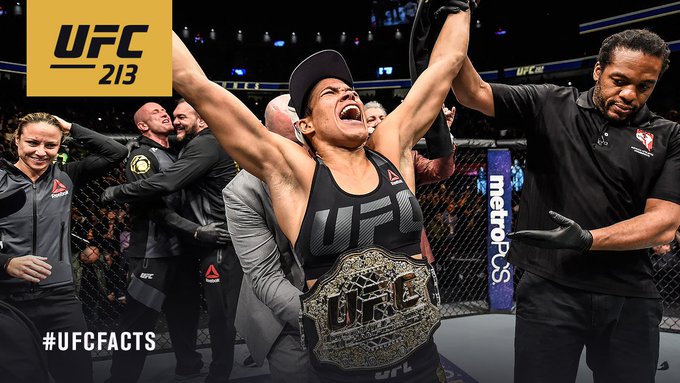 The result hangs in the balance. Since July 2011 when Tate won the Strikeforce bantamweight title, she and Rousey have been involved in every single Strikeforce/UFC title bout.

That run is now over. Nunes first gained renown as the UFC’s first gay champion, but is she now the face of women’s MMA?

“I’m the champion. I have to be,” she said during a recent media conference call. “I’ve proved myself. I got the belt at UFC 200 and I defended against Ronda Rousey. I’m the most dominant in the division. I think I am, and I will keep proving it until people understand I’m here to stay, and I will do it. This is my next step, Valentina. I will keep it going.”

To do that, she must figure out herself on the way to figuring out Shevchenko. This is not so easy to do. As indestructible as she currently looks, that stamina is a hole in the same way that Rousey’s striking defense was. It can either be repaired or exploited. 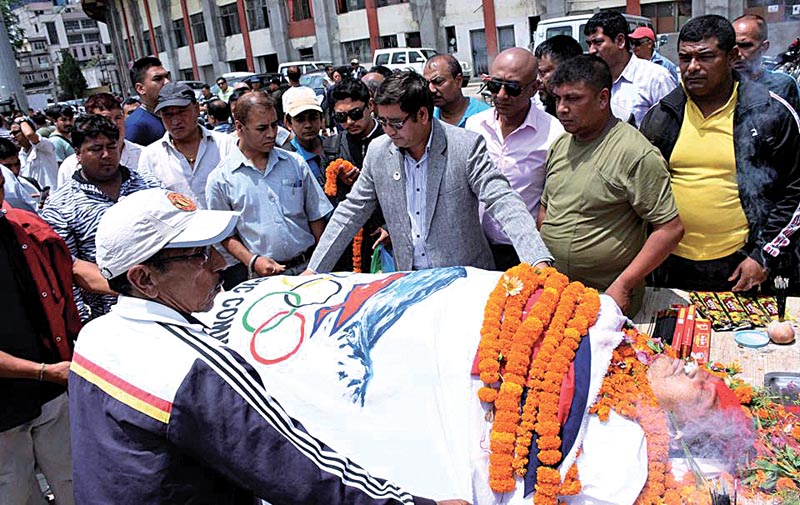 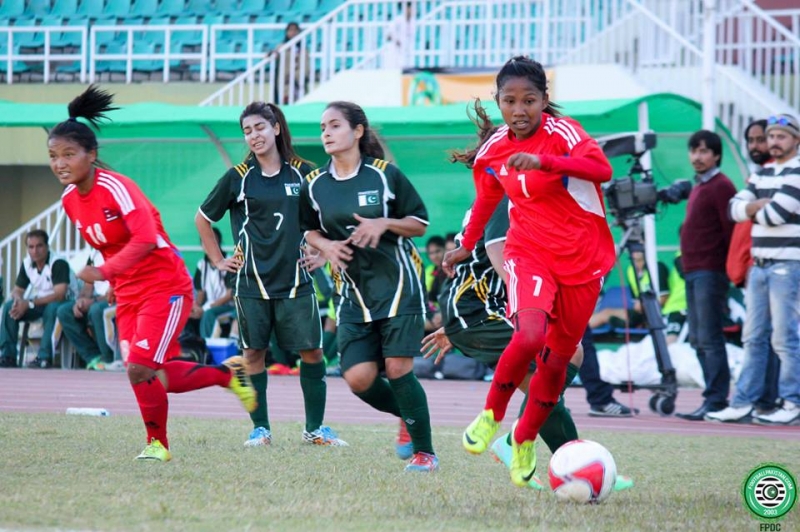