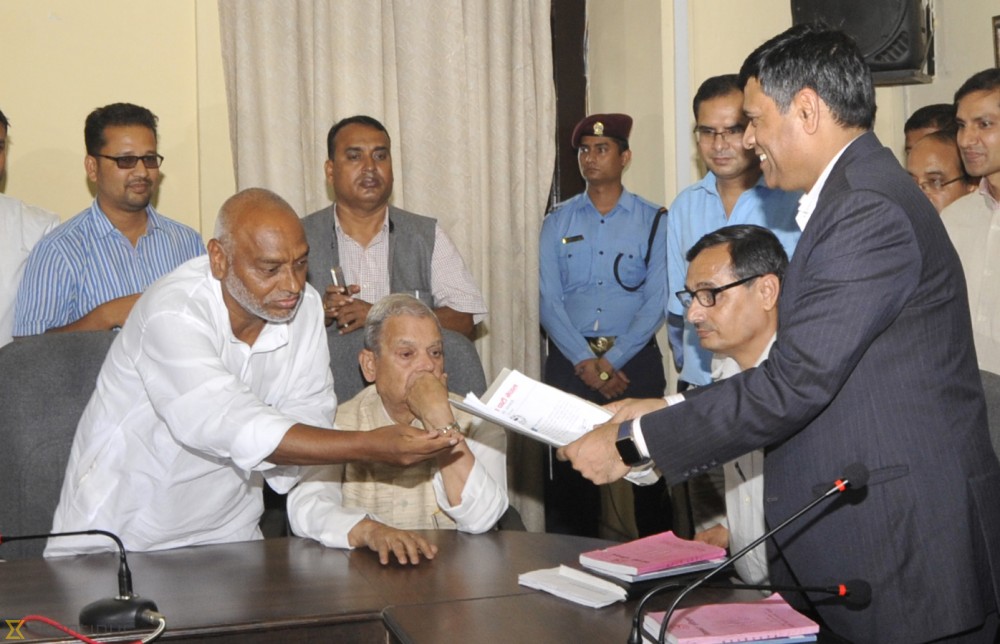 After a long delay due to dispute over inclusion of founding leaders in the preamble of the party statute, the Rastriya Janata Party-Nepal on Friday registered itself with the the Election Commission.

The registration of the RPN-N with the EC has paved the way for the party to join the third phase of local level polls slated for September 18 and get their own election symbol.

The party had failed to arrive at consensus to register at the EC after leader Anil Kumar Jha, a member of party presidium, refused to sign the statute without including the name of Gajendra Narayan Singh—the founder of Sadbhawana Party in the preamble of the statute.

Another leader Sharat Singh Bhandari has already left for New Delhi for his spouse’s treatment signing all necessary documents.

The party’s meeting held after the second phase of local level polls had decided to register the party at the EC with existing organisational setting and manage the organisational mess only at the party’s general convention.

EC all set to update electoral roll from...
6 years