These days market, media and masses are heated by an extensive coverage of Dr. Govinda K.C.’s hunger strike. This issue has been highlighted in the media in such a way and to such an extent as if it is the only issue confronted by present day Nepal.  Due to mixing up of some suspicious political demands with other health issues at this time, many people have started showing doubts on the unquestionable intention of Dr. KC which he seemed to poses earlier. Consequently, a large section of the people has started speaking against Dr. KC and his demands while some people are still advocating in support of his demands. Dr. KC may have the good intentions but his modality of revolution has been against the basic tenets of rule of law and good governance.

What does the staging of the hunger strike from within the premises of Teaching Hospital for some political demands – apparently unrelated to the health issues mean? Can the lives of hundreds of sick people be subjected to dangers due to the protest by responsible doctors, in support of Dr. KC, in a hospital? Can anyone including Dr. KC or his allies compensate the death of a diseased person or the hardships they have to endure with in the absence of medical services? Who will speak for those thousands of poor sick people who are denied medical care they are entitled to by the constitution? As far as I know, the ethics of a doctor is to struggle until the last moment to save the life of his/her patient and not to create conditions that would cut their life short. These sort of individual-centered revolutions undoubtedly can make someone a celebrity but in the meantime, it also establishes a dangerous culture of establishing everything from the street on the might of the gullible voices. This is, perhaps, the most serious challenge we are facing today in our path towards the rule of law.

The other dimension associated with this hunger strike has been the impeachment demand against the Chief Commissioner and Commissioner of the CIAA. An impartial and neutral person must be able to detect the one-sided and biased interpretations about the works of the CIAA. These types of news and analyses are being flooded in the media these days. What is further disheartening is the abnormal and cheap efforts with an aim of discrediting and eventually weakening this anti-graft body and its leadership. One must not close his eyes at the significant roles played by CIAA in the last three years or so in controlling corruption rampant in areas such as education, health-care and foreign employment and so on.

We have the habit of taking everything for granted; and we also have a tendency to easily get carried away by the news presented by mass media and social media these days. We hardly take a pause and seriously think and analyze the information we receive from a myriad sources.  We must not forget that Nepal is a post-conflict country and we have long been in an unending transition – spanning over a decade now. A bitter reality in any post-conflict country across the world is the deteriorated status of rule of law and increased political interference in every sector of the government resulting in anunafraid or open environment for corruption in every sector of the state.

Now, taking this characteristic feature of post-conflict countries in our minds, we have to assess objectively the roles played by the CIAA, its performance and effectiveness. Any individual endowed with a minimum reason and rationale appreciates the roles performed by the CIAA, in an environment full of challenges and surrounded by powerful people and enemies all throughout. Nevertheless, it does not meant that CIAA is the only anti-corruption agency having to work in this adversity; every anti-corruption agency in post-conflict societies has to deal with the same or similar challenges. Besides, we must not close our eyes as to the degree of political support CIAA is enjoying in curbing or combatting corruption. We must have heard that one of the important mandates of the CIAA – investigating into the improper conducts of the public servants – has been deleted in the Constitution of Nepal 2015. Modern day corruption is not just about the monetary gain, public servants often engage in the abuse of their authority for many non- monetary benefits as well. Therefore, this mandate is of critical importance for the CIAA for maintaining discipline among the public servants. Stripping a constitutional body off one of its core mandates denotes in itself the extent of the hostile climate CIAA hasbeen performing its roles all these years. Controlling corruption is the duty of not just the anti-corruption agency but it is an important responsibility of the government, parliament and also every sector of the state including the people. Have other stakeholders performed the roles of their share for establishing and maintaining a clean society? Has the agenda of controlling corruption ever been their priority? Every Nepali has to seek answer to this question putting their hand on their chest.

If the public servants or corrupt people have any fear for refraining from the corrupt practices, then, it is due to the actions and initiatives whatsoever taken by the CIAA. The public officials at least fear to demand or accept the bribe from the service seekers these days than they used to do in the past. When everything is in such a chaos or anarchy in the state, it is of course difficult to replicate the good results of one institution across all sectors. Nevertheless, if the leadership of the CIAA had not been bold and fearless to the likes of the present one, the things would have been much worse than what we are complaining about at present. 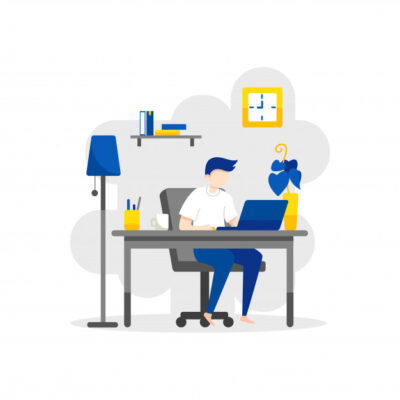