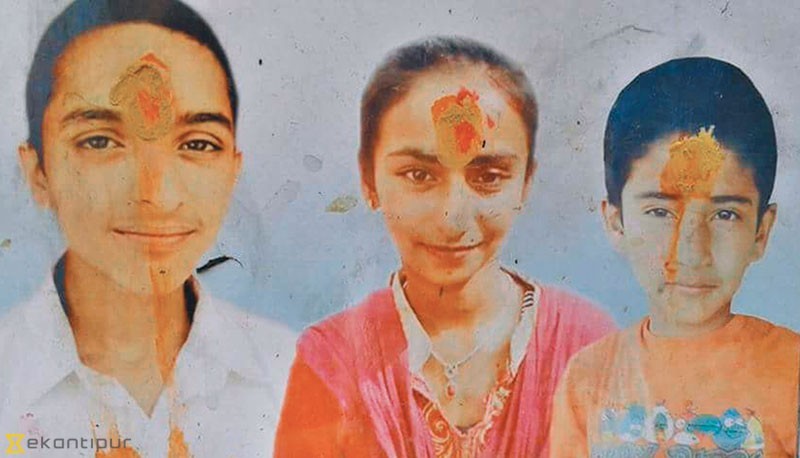 Police are yet to crack the mystery surrounding the murder of three children at Pyauli Marengdanda-3 in Arun Rural Municipality of Bhojpur district.

Locals have been left panic stricken after the police failed to track the culprits behind the murder yet.

Ranjib Sapkota, 16, Sushma Phuyal, 14 and Pradeep Phuyal, 8, who had been missing since June 24, were found dead at a fish pond belonging to one Toren Karki at around 7 am on June 26.

Sushma and Pradeep are the members of a single family while Ranjib is their neighbour.

The fish pond is 150 metres away from their houses.

A pall of gloom has enveloped the village following the death of three children.