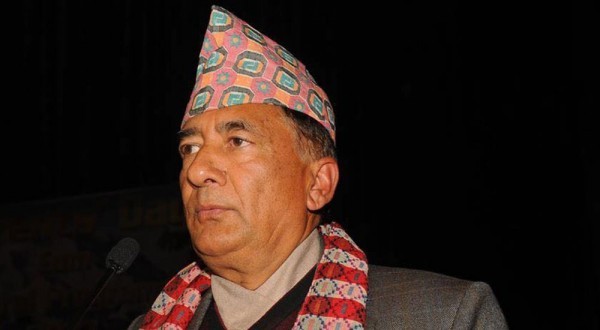 The government has expressed its commitment to expand the tax base and to reform the tax system so as to give momentum to the economy.

Addressing a news conference organised to inform about the revenue collected by the government and the works carried out by the Finance Ministry in the previous fiscal year here on Tuesday, Finance Minister Gyanendra Bahadur Karki said the ministry is vigorously working towards propelling the country towards prosperity.

“We are committed to providing services and facilities in a manner that the people in the remote areas will be benefited. The government expects the active cooperation and support of all sections of society and the journalists in this,” said the Finance Minister. He reiterated that the government was equally conscious and serious regarding plugging revenue leakage.

Saying that the government has set the target of collecting Rs 730. 55 billion revenue in the current fiscal year, he said a revenue of Rs 611. 767  billion was collected in last fiscal year.

Finance Minister said the revenue collection last fiscal year exceeded the target because of broadening of the tax base, upgrading of tax realisation standard, promotion of technology-oriented services in revenue administration, leakage control and administrative reforms.

He added that the success in revenue collection was achieved due to the expansion in the number of tax-payers, the favourable economic activities created by the 6.9 per cent economic growth, increase in the investment in the reconstruction works, the new system of tax initiated at the point of origin at customs and tax investigation.

The Finance Minister reaffirmed that the government has laid special emphasis on increasing the capital expenditure, pledging to implement the recommendations made by the high-level tax system review commission. RSS