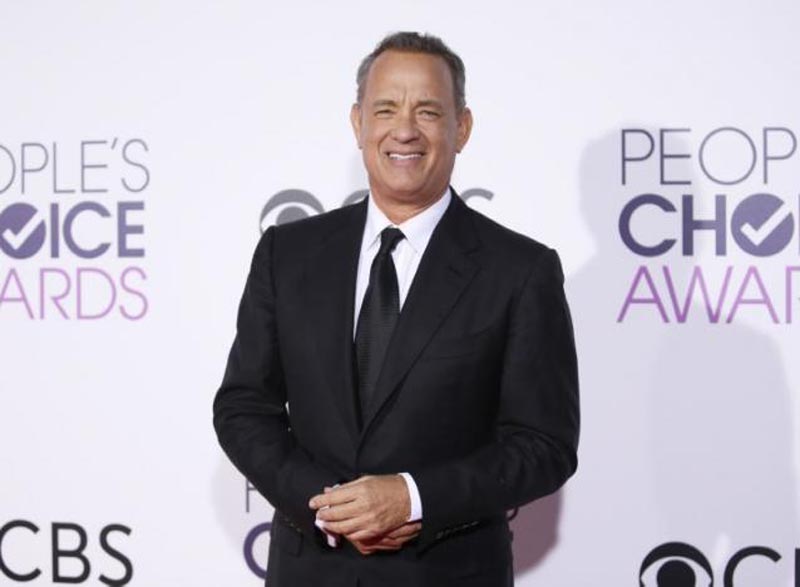 For his work in films reflecting US history such as “Saving Private Ryan,” “Apollo 13” and “Bridge of Spies,” actor Tom Hanks has won this year’s Records of Achievement Award, the National Archives Foundation said on Monday.

Hanks, 61, will receive the award, given to individuals who bring a broad awareness of US history through their work, at an October 21 event at the National Archives Museum in Washington, the nonprofit organization said in a statement.

“As a dive into archives of almost any kind is, to me, a swim in the finest of waters, I’m dazzled to be a part of this event,” said Hanks, a two-time Oscar winner, who last year was one of 21 people awarded the 2016 Presidential Medal of Freedom – the highest US civilian honor.

“Part of my job has always been one not far from that of a lay-Historian, to understand that I am a part of the documenting of the human condition and the American idea, even in the silliest of stories,” he added in the statement.

Hanks has appeared in numerous films based on historical events and figures, including the World War Two drama “Saving Private Ryan” and crime thriller “Catch Me If You Can,” based on the true story of fraudster Frank Abagnale.

More recently, Hanks played the title role in “Sully,” based on pilot Chesley Sullenberger’s 2009 emergency landing of a passenger flight on the Hudson River.

He was also an executive producer and co-writer/director on the 2001 World War Two television miniseries “Band of Brothers.”

“He’s served in World War II (in both the European and Pacific Theaters), negotiated for the US in the Cold War, fought in Vietnam, worked in Congress, and led the space program,” said David Ferriero, archivist of the United States and board member of the National Archives Foundation.

A past winner of the award is Steven Spielberg, who directed Hanks in “Saving Private Ryan,” “Bridge of Spies” and the upcoming Pentagon Papers movie “The Papers.”

‘Planet of the Apes’ flags dangers of lack...
6 years