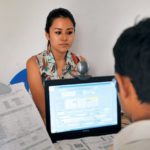 EC all set to update electoral roll from local units

Jul 18, 2017- Bowing down to increasing pressure from the political parties, the Election Commission (EC) has decided to ease the voter registration process by collecting the names of eligible voters at their respective Rural Municipality and Municipality. The EC will send its teams to local levels to update the electoral roll, EC spokesperson Surya […]

Over Rs 45 million distributed to conflict victims in Myagdi

July 17, 2017- Babiyachaur (Myagdi) – Victims of the Maoist insurgency in Myagdi have finally received relief amount 10 years into the government’s declaration of relief package. More than Rs 45 million relief amount has been distributed to those, who lost their lives, were injured, disappeared and displaced during the decade long rebellion, said the […] 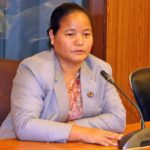 July 17, 2017- Kathmandu – Speaker Onsari Gharti today has administered the oath of office and secrecy to newly elected president at the International Relations and Labour Committee under the Legislature-Parliament, Juth Bahadur Khadgi. The post of the committee president was lying vacant after committee President Prabhu Sah joined the government as Labour Minister. Juth […]

Jul 7, 2017- Ruling parties on Friday sought a week to address the five-point demands of Rastriya Janata Party-Nepal (RJP-N) in order to create an environment for the party to take part in third phase of local level polls, provincial and federal elections. In a meeting with RJP-N leaders at the Prime Minister’s residence in […] 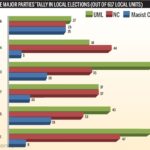 CPN-UML makes most of elections, leaves NC to lick its wounds

Jul 7, 2017- With more than 40 percent seats in its favour in the second phase of local elections, the CPN-UML has left the Nepali Congress and the CPN (Maoist Centre) behind, and set to hold sway over local governments. The party, which won 125 seats in the first phase of voting, which was held […]

Jul 7, 2017- After registering the party at the Election Commission, leaders of the Rastriya Janata Party-Nepal (RJP-N) have reached Baluwatar to discuss the upcoming elections and constitution amendment process with the top leaders of Nepali Congress and CPN (Maoist Centre). The meeting was summoned by Prime Minister Sher Bahadur Deuba. The RJP-N, formed after […] 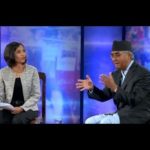 Jul 4, 2017- Prime Minister Sher Bahadur Deuba’s first interview after assuming office, which was aired on Sunday night, sent social media aflutter throughout the day on Monday, with many finding enough fodder for criticism. Twitter and Facebook users were quick to troll Deuba, usually a man of few words who is known for his […]

How does Saayog work? Everything to know about the food and grocery delivery app
4 months
0 Comment